The employees of Industries Montal Inc. began to get involved in the Opération Enfant Soleil foundation in 2007. At that time, Jade Goulet, our organizer, met each of them with a clear goal: to help children who, unlike her, did not have the chance to be healthy.

It’s a simple principle: an employee needs to give permission to have a small amount of money withdrawn from each pay in order to participate. At the end of the year, the company doubles the amount raised and our developer goes to the foundation’s telethon to donate all the money.

At the time of the merger, the generosity spirit spread to the new team. The project gained in importance when the number of participants doubled. Thus, it was at the 2015 telethon that the donation was made in the name of Techform-Montal for the first time.

As of today, the company and its employees are proud to have donated more than $52,492 and to have reached a 100% participation rate. 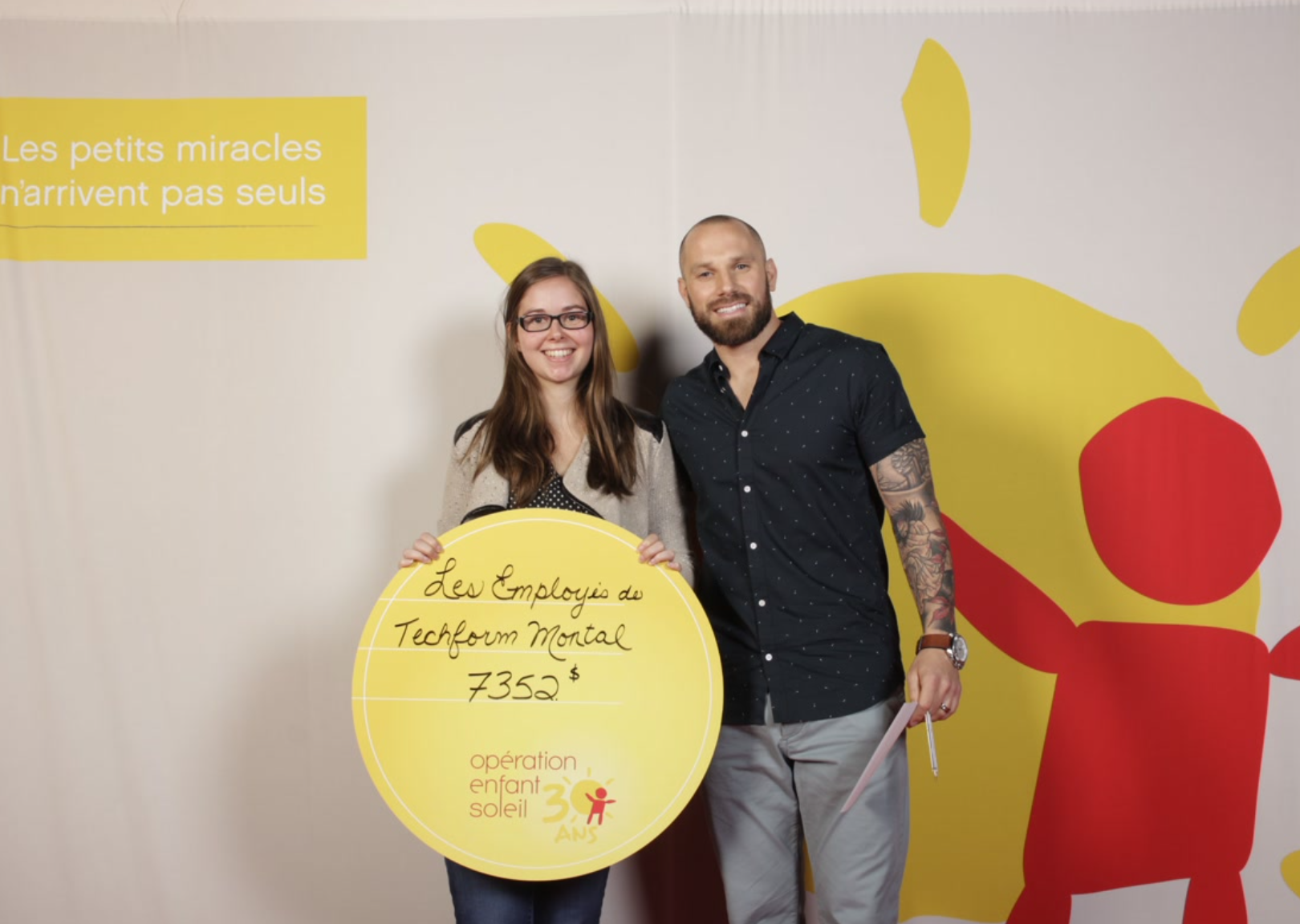